More sad news on the road to the book apocalypse.... Check it out here.

Collectors of first editions of important books tended to be middle-aged men, according to Mr. Gekoski, and he was concerned that collectors would disappear. "I am very concerned that 20-year-olds, who are used to e-books and reading on iPhones, do not have a communal reading life," he said.

"Michigan In Letters" at Clarke Library

John Fierst and Susan Powers of the Clarke Historical Library at Central Michigan University have created a blog titled Michigan in Letters. The goal of their blog is to transcribe selected documents from various collections in their library as well as to tell the story of how these documents relate to Michigan history.

One of the series they are currently working on relate to Orlando M. Poe, which I am pleased to share with you here and via the blogroll.

Posted by Paul Taylor at 3:11 PM No comments: 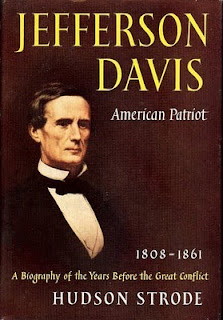 I recently picked up a first edition copy of this 1955 book while "booking" in upstate Michigan and it involved a pleasant surprise that all serious book collectors can appreciate. The book itself was in very nice condition for a 55-year-old book; crisp white pages, firm binding, nothing dog-eared, however the dust jacket was what you might expect. The white back panel was soiled while the brown spine was noticeably faded, plus there were the usual minor creases at the edges. Still, at $7, I figured I'd spring for it. However, while checking over the jacket one last time, I noticed what appeared to be a piece of paper lying underneath the jacket, yet almost attached. As I carefully started pealing away the worn top dust jacket, I realized that hiding underneath was a second, pristine dust jacket!

Dust jackets are folded onto the book by a machine that, in this case, simply grabbed two jackets in a manner not unlike a copier pulling through two pieces of paper. So for 55 years, while the outer jacket was taking the abuse, carefully preserved underneath it was a second jacket that is as factory fresh as the day it was made. Obviously that one went straight into a glassine jacket protector!

The book itself was authored by University of Alabama professor Hudson Strode (1892-1976) and represented the first of a three-volume trilogy on the life of Jefferson Davis. All three books were published by Harcourt Brace between the years of 1955 and 1964. This first volume covers all of his pre-Civil War life. In total, the three volumes were described in the Nevins-Robertson-Wiley bibliography as "ambitious and sympathetic" as well as "meticulously researched and well-written." Another contemporary review of the book described the author's style as "fascinating" and that "his revelation of the character and the personality of his subject is superb." This first volume is particularly interesting from the research end of things as the author was granted access to a large collection of family letters owned by Davis's grandson that had never before been seen by scholars.

I'll have to add this one to the "must read" pile and then start looking for the other two volumes, though I doubt I'll get as lucky with jackets!

My "virtual booksigning" interview on March 27 at Chicago's Abraham Lincoln Bookshop with owner Daniel Weinberg has now been posted in four parts on their Recent Signings page.

These interviews and booksignings are initially presented live via webcam and offer the viewer an opportunity to ask questions and watch their book being signed; all while in their skivvies at home!

Is Book Collecting a Dying Hobby?

That's the 64 million dollar question that's being asked by bibliophiles everywhere. Oh, it won't happen next month or next year, but perhaps at some point in the next decade, the question may become fully answered.

I had posted earlier on this but just discovered this recent essay that again discusses this very issue. A lot depends on how you view books in general. If you view a book as nothing more than a data repository, then one day Google Print will probably become all you need. On the other hand, if you view books as tangible, desirable artifacts that have an intrinsic value beyond mere words on a page, then they'll probably always hold a soft spot in one's psyche.

The jury is still out, but if and when the day comes that we start seeing an across the board decrease in collectible book prices, we'll then have our answer.

"I’m a book collector and I know a treasure when I see one. This book will be on my shelves until I die. Until recently we could say with complete confidence that it would then pass safely into the hands of another collector but unfortunately I’m not so sure. I love old books, and so do you, but the cosy old world of cosy old books is heading for a showdown, a title fight to the death that has already begun. A slick silicon upstart with warm electric blood is gunning for books and if it wins the war our lives will never be the same again. The story now is not bits from a bookshop; it’s bits from a computer, the bits and bytes that might well kill paper books forever." 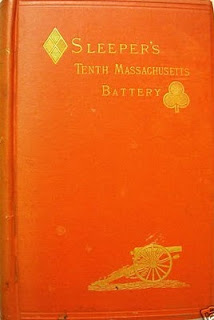 Back in January I posted on John Billings' seminal work about the common ACW soldier titled Hardtack and Coffee. In the course of research for that post, I learned that Billings had served in the 10th Massachusetts Battery and that he also authored the history of that unit. That book was begun in the 1870s and then initially appeared in 1881, six years before Hardtack.

Billings' unit history is titled The History of the Tenth Massachusetts Battery of Light Artillery in the War of the Rebellion and according to the Nevins-Robertson-Wiley bibliography, is considered to be "among the top dozen unit histories pertaining to the Civil War." His sources were about as good as it gets for the era, for he used his own wartime diary, about 300 letters, and a comrade's manuscript as the foundation for his work.

The battery served in the Army of the Potomac from August 1862 through the end of the war and in addition to the unit's movements, Billings paints a worthy portrait of soldier life, the countryside they moved in, and of the various officers. David Eicher opines in his bibliography that the best material "focuses on camp life outside Washington, the Antietam campaign, Brandy Station, and the Wilderness campaign."

The first edition was published in 1881 by Hall and Whiting in Boston. That is a highly collectible and pricey book as illustrated by the fact that I could find only a few copies for sale via the internet. The book was then reprinted in 1909 by the Arakelyan Press and was bound in reddish-orange cloth with gilt lettering on the spine and front panel.

More recently, Butternut and Blue reissued the book as a facsimile edition, though it now appears to be out of print.
Posted by Paul Taylor at 8:50 AM 1 comment: