Off topic, but nevertheless, WOW! Check it out here.

Posted by Paul Taylor at 6:58 AM No comments:

What Are the All-Time Best Selling Civil War Books?

I was wondering about the answer to this question and came across the following bit of info at eHow:

Other than perhaps Gods and Generals, all or at least most of these titles are highly collectible in the first edition. In the case of Team of Rivals, the Easton Press signed, leatherbound edition is pricey and desirable however the trade edition is quite common,

Posted by Paul Taylor at 8:43 PM No comments: 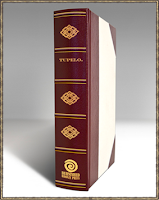 In the current issue of Civil War News, I noticed an ad for a deluxe reissue of Tupelo by the Rev. John H. Aughey (1828-1911), a Presbyterian minister living in Mississippi when the war started. Originally published in 1888 by the State Journal Company of Lincoln, Nebraska, Aughey's post-war reminiscence tells his tale of being imprisoned by Confederate authorities and twice condemned to execution for his outspoken anti-secession and pro-Union beliefs. Aughey makes good his escape and lives to tell the details of his ordeal in this autobiography. Though the author displays understandable disdain and harshness toward his captors, he nevertheless shows significant sympathy to most Southerners, especially fellow ministers.


Apparently Aughey wrote an earlier volume which was published in 1863 titled The Iron Furnace: or, Slavery and Secession which, according to scholar Allan Nevins was "a somewhat restrained attack on Southern institutions in general and slavery in particular." Nevins had little good to say about Tupelo, describing it as Aughey's "enlarged, greatly embellished sequel" to The Iron Furnace, and "far less trustworthy."

First editions are not plentiful, yet as seen here, do not seem to command unusually high prices.

This new edition, which sells for $49.95, is given the deluxe treatment by Burnished Bronze Press of Dallas, Texas. According to the publisher, and as you can see by the image, this new edition measures 6 x 9.25 inches, runs 624 pages, and features a burgundy leather binding over cream linen bookbinding cloth for the front and back panels. Additional production values include gold-tooled leather spine and gilt edged pages. I sent an email to the press seeking to learn how many copies were printed but have not heard back from them.

I also discovered this YouTube video to promote the book.