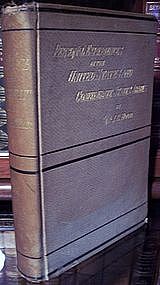 Civil War scholars and enthusiasts alike were all abuzz this fall to learn of a recently discovered and previously unknown cache of letters, journals and other documents that originally belonged to Confederate Lieut. General John Bell Hood (1831-1879). As reported in the November issue of Civil War News, these papers were discovered by Stephen Hood, a distant relative of the general, at the home of another Hood relative who was not aware of their importance.

As Stephen Hood notes, these documents are so extensive and important that they could lead to a major reassessment of General Hood's historical reputation; a reputation that, for the most part, was not favorable due in large measure to his perceived poor 1864 performances at Atlanta, Spring Hill, Tennessee and then at Nashville.

Hood was the fall guy for those Confederate failures even during his lifetime. He came in for particularly harsh criticism in Confederate General Joseph E. Johnston's 1874 memoirs as well as not so favorable treatment in William T. Sherman's memoirs.

That criticism from Johnston left Hood with the conviction that he had to respond. Driven by the desire to preserve his honor, Hood began working on his memoirs in the mid-1870s in Louisiana where he lived and worked as a cotton broker and also served as president of the Life Insurance Association of American. One might conclude that the two jobs were necessary for Hood was married with eleven children. Sadly, a yellow fever epidemic broke out in New Orleans during the winter of 1878–79 which claimed the general's life, only days after the disease took his wife and oldest child, leaving ten destitute orphans. Those children were eventually adopted by families in Louisiana, Mississippi, Georgia, Kentucky and New York.

Hood's memoirs were published posthumously in 1880 and were titled Advance and Retreat: Personal Experiences in the United States and Confederate States Armies. The first edition was published by friends, including General P.G. T. Beauregard for the "Hood Orphan Memorial Fund" and is bound in brown cloth, gilt lettering with black horizontal stripes across the binding. It was not a well-made book, consequently first editions in fine condition are very difficult to find and will command top prices essentially because they are the memoirs of major Civil War figure. Critically, the book did not and has not fared well, being viewed as a bitter attack against Hood's enemies that is riddled with rationalizations and misinterpretations. According to Eicher, the book is useful "only to shed light on the confused mind of its author."

Which takes us back to Stephen Hood's important discovery. Hood has recently completed a bio of his ancestor utilizing some of these newly found documents and which will attempt to revise his ancestor's legacy. That highly anticipated book is scheduled to come out this coming spring and will be published by Savas Beatie.

Thank you for mentioning our book, John Bell Hood. If you would like more information about the book, including an excerpt, or its author, please check at http://tinyurl.com/8d4akzc.
Savas Beatie LLC
Publisher of Historical Titles of Distinction
www.savasbeatie.com
www.facebook.com/savasbeatie

Thank you for mentioning our book, John Bell Hood. If you would like more information about the book, including an excerpt, or its author, please check at http://tinyurl.com/8d4akzc.
Savas Beatie LLC
Publisher of Historical Titles of Distinction
www.savasbeatie.com
www.facebook.com/savasbeatie